The Scout's default hat, strapped with a "SHOOT ME" sign on the top.

A team-colored beret, with red and orange paint splattered on it.

A stack of grenades and rockets with giggle bones on the Soldiers head saying " Get Good".

Green night vision goggles in place of the Engineer's regular goggles. Lens color can be painted. 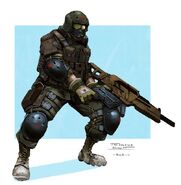 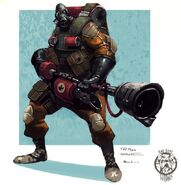 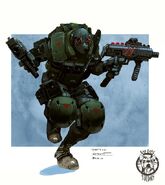 Spy
Add a photo to this gallery

Retrieved from "https://videogames-fanon.fandom.com/wiki/Team_Fortress_3?oldid=90792"
Community content is available under CC-BY-SA unless otherwise noted.