Pokkén Tournament 2 is a one-on-one fighting game. The game, which is a sequel to the 2015 title Pokkén Tournament, combines gameplay elements of Bandai Namco Entertainment's Tekken series with the universe of The Pokémon Company's Pokémon series.

Pokkén Tournament 2, like its predecessor, was released internationally on home consoles and in Japanese arcades. An English version of the arcade version was released in a limited number of American arcades a week prior to its console launch.

The home console of the game is considered to be the definitive version of Pokkén Tournament 2, as it features enhanced graphics and sound, and three exclusive fighters.

Like Pokkén Tournament, the game features a simplistic story that can be found within the Ferrum League game mode.

The story tells that Zygarde has appeared in Ferrum, and his cells are corrupting the Synergy Stones around the region, which is causing the Pokémon affected to unleash large amounts of energy that could potentially be harmful to both the health of the user and the Pokémon afflicted. These Synergy Burst ƒ attacks are being used to cause mayhem by a group of ne'er do wells. The player is one of the few Battle Trainers who can achieve Absolute Synergy with their Pokémon, and the Trainers that can achieve Absolute Synergy are capable of extracting Zygarde's cells from the Synergy Stones.

Following the events of the previous game, the Ferrum League underwent a major restructuring in its battle structure. There are now two Ferrum Leagues, the original ("Ferrum League") and the new "Ferrum Elite". 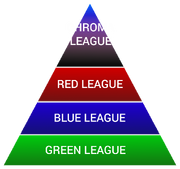 The Ferrum Elite is open to the Battle Trainers that have ranked to at least Rank 10 in the Chroma League. Ferrum Elite consists of four leagues in itself, though these are slightly different in that they consist each of only a single match, though these matches are longer (a Trainer must win six rounds instead of just two), and may have several gimmicks attached to it. 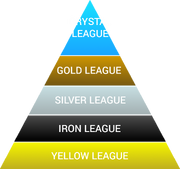 After defeating any of the Green, Blue, Red, Chroma, Yellow, Iron, Silver, Gold, and Crystal Leagues, the player is able to rematch the leagues at any time, as well as the league's champions.

The gameplay of Pokkén Tournament 2 differs in very slight ways from its predecessor. Core mechanics from the original Pokkén Tournament are kept, though are mainly tweaked with in ways to balance the game in certain ways.

In-between the events of Pokkén Tournament 2 and its prequel, the region of Ferrum created several more Stadiums for Pokémon to battle in. They have also virtually recreated areas from other regions, and Pokémon can fight in these virtual arenas in various HoloSpheres; of there are six in Ferrum. The six HoloSphere Stadiums are:

Fifteen Stadiums from the original Pokkén Tournament return. These are:

Additionally, there are six new locales, four of which have two variants:

The Arcade version received all new Fighter Pokémon a week earlier than the console version, but did not receive access to the new Support Pokémon.

The Character Unlock Key was released on the same day as the game's international launch. It unlocks all hidden Support Pokémon and Fighter Pokémon for use.

The Season Pass was released alongside the Character Unlock Key, on the game's international launch day. The Season Pass allows the player to download all four upcoming DLC Packs for the game at once, and at a slightly-discounted price.

DLC Pack 2 was released on September 1, 2017. It included Sawk, a new  Speed  Fighter Pokémon, alongside four new Support Pokémon: Enhance-types Spritzee and Arceus, Disrupt-type Volbeat, and Attack-type Pignite; who use the moves Aromatherapy, Gravity, Flash, and Power-Up Punch respectively. The DLC package also included six new customization options for the avatar characters based on playable characters from previous Pokémon titles. Three outfits were made available for each gender. For female characters, the outfits of Serena (Pokémon X and Y), Dawn (Pokémon Diamond and Pearl Versions), and Kris (Pokémon Crystal Version) were made available; while for male characters, the outfits of Brendan (Pokémon Omega Ruby and Alpha Sapphire), Red (Pokémon FireRed and LeafGreen Versions), and Nate (Pokémon Black 2 and White 2 Versions) were made available.

DLC Pack 3, also referred to as the Eclipse Pack by the Japanese developers, was released on November 18, 2017 to celebrate a year since the release of Pokémon Sun and Moon. It included Mudsdale, a new  Power  Fighter Pokémon, alongside four new Support Pokémon: Disrupt-types Bruxish and Salandit, and Attack-types Rowlet and Pikipek. The DLC package also included six new customization options for the avatar characters based on various trainers and characters from Pokémon Sun and Moon. Four outfits were made available for each gender. For male characters, the outfits of Sophocles, Hala, Guzma, and Hau were made available; while female characters received the costumes of Lillie, Plumeria, Mallow, and Lana.

DLC Pack 4 will also feature one Fighter Pokémon and two Support Pokémon, as well as several new avatar customization options. It is currently unknown what included content will be, but it will feature Pokémon from Pokémon Sun and Moon. DLC Pack 4 will include Jigglypuff as a Support Pokémon.

Using one of the Pokkén Tournament 2 amiibo cards, players can scan them to unlock a special alternate coloured variation, and will grant the fighter a small bonus in its stats for local play. The same applies for the Shadow Mewtwo card that was packaged with first-run copies of the original Pokkén Tournament for the Wii U.

Using one of the Super Smash Bros.-based Pokémon amiibo figurines will unlock a special battle mode where the player can battle more difficult versions of Pikachu, Lucario, Charizard, and Mewtwo.

Similarly to the original Pokkén Tournament, scanning any other amiibo will unlock a random avatar customization piece or title up to five times a day.

While all amiibo are supported by the game, the following amiibo are fully recognized and have special features related to them.

The downloadable fighters will not receive amiibo cards.

Retrieved from "https://videogames-fanon.fandom.com/wiki/Pokk%C3%A9n_Tournament_2?oldid=80831"
Community content is available under CC-BY-SA unless otherwise noted.